The 2018 European tour was a big success and the band was playing great from what we can tell from YouTube videos. We all know the drill, search for 'Jeff Beck' or 'Jeff Beck Live' and click on the filter for 'this month' or 'this week'. We're going to be putting all the European and U.S. tour reports in new features in Jeff Beck Bulletin 22 so look out for those.

We've been enjoying 'Still On The Run', it's really a lot of fun to watch. Here's a review...
https://www.rockandbluesmuse.com/2018/05/29/review-still-on-the-run-the-jeff-beck-story/

And here's a couple interviews Jeff did to promote 'Still On The Run'...
https://www.nme.com/news/music/jeff-beck-discusses-uncomfortable-rivalry-eric-clapton-2316739
https://www.rollingstone.com/music/features/jeff-beck-interview-eric-clapton-stevie-wonder-yardbirds-w520353

Another thing that's really enjoyable that we stumbled across looking for Euro tour videos was the 'Baloise Session 2016' video on YouTube. It's a one hour eleven minute professionally shot show from the Loud Hailer tour.
https://www.youtube.com/watch?v=rXJQb7aIxfk Good stuff. 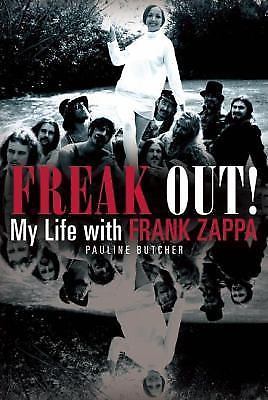 Ed Chapero also came across another book excerpt that had some Jeff Beck mentions...This from 'Freak Out!:My Life With Frank Zappa'. These excerpts are about the time the JBG had a run in with the GTO's, Girls Together Outrageously.
https://books.google.com/books?id=tmX4CwAAQBAJ&printsec=frontcover&dq=pauline+butcher+blog&hl=en&sa=X&ved=0ahUKEwiVsYPQ96_bAhUBj1kKHY-vAqIQ6AEILzAB#v=onepage&q=jeff%20beck&f=false

This is kind of cool, bit of rock n' roll memorabilia...October 20, 1987, Country Club, Reseda, CA, Jeff and Mick Jagger shoot footage for Mick's latest single 'Throw Away'. Here's a brief video about it.
https://www.youtube.com/watch?v=pVNP2FI9DDQ
So to get folks to the show they sent out fliers and one of them ended up in a rock n' roll auction a couple of years ago and here's what is looked like. 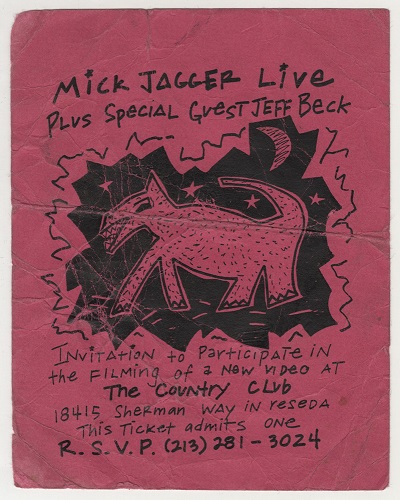 Over at www.reverb.com (great site), an interview with recording engineer Alan Branch where he discusses recording Jeff Beck, check it out.
https://reverb.com/news/alan-branch-on-recording-jeff-beck-and-sinead-oconnor 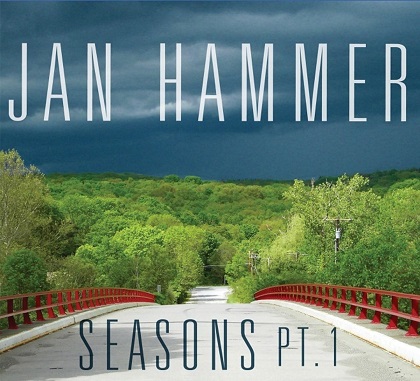 Jan Hammer will release his first new studio album in ten years when he drops 'Seasons Pt. 1' on July 20. Jan appears in Still On The Run: The Jeff Beck Story, with footage of his appearance at Beck's 2016 Hollywood Bowl concert. “It’s about time," Hammer told Prog. “I’ve actually been thinking about releasing something new for six or seven years,” he continues. “This is what happens – musical ideas had accumulated in my head over time until I suddenly realised that I had more than enough for an album.”

Now, ahead of the 'Stars Align' tour, Jeff is doing more interviews to promote it and 'Still On The Run'....
https://www.rockcellarmagazine.com/2018/07/12/jeff-beck-interview-tour-guitar-tapping/

From over at www.jeffbeck.com a couple of items...first a scam alert is posted...It has come to our attention that scammers are using Jeff’s name, soliciting people for money. If someone is reaching out to you it is a fraud & should be reported. We apologize for the inconvenience. 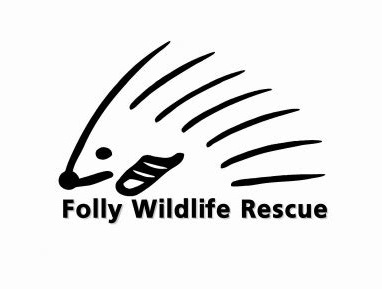 And jeffbeck.com has posted an appeal from one of Jeff and Sandra's favorite charities, the Folly Wildlife Recue...http://www.follywildliferescue.org.uk/...they are seeking donations to purchase a 'wildlife ambulance'. If you are interested in donating go to;
https://www.wildcrowd.org/campaigns/detail/62/ambulance-for-folly-wildlife-rescue
We think this may be the ambulance they're looking at getting... 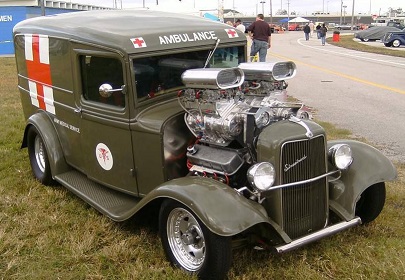 First things first...we now know who's in the band for the summer tour. Jeff Beck's touring band for 2018 is: Vinnie Colaiuta on drums; Rhonda Smith on bass guitar; Jimmy Hall on vocals and Vanessa Freebairn-Smith on cello.

This marks Rhonda Smith's eighth year with Beck and Colaiuta returns after having been absent since 2010 except for a one-off gig in Sao Palo, Brazil in 2014. He was Jeff's drummer from 2005 thru 2009. Singer Jimmy Hall has had a long relationship with Beck starting on the FLASH album in 1985, he also plays harmonica(harp). Ms. Freebairn-Smith is the newcomer to the outfit. 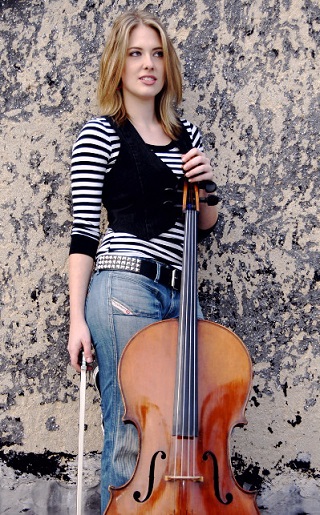 Additionally, a new U.S. date has been added in Pittburgh with Ann Wilson as support act on August 11th and on the European side there are two new dates, one in early June just after their rehearsals and another on July 14th details TBA. And a change in venue for the June 28th gig in Barcelona. Updated list below. 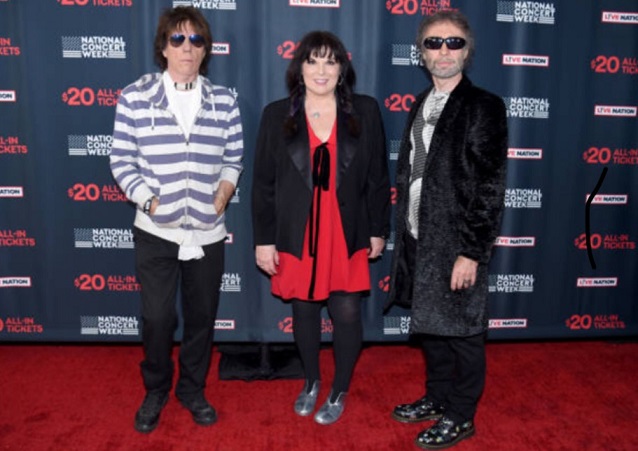 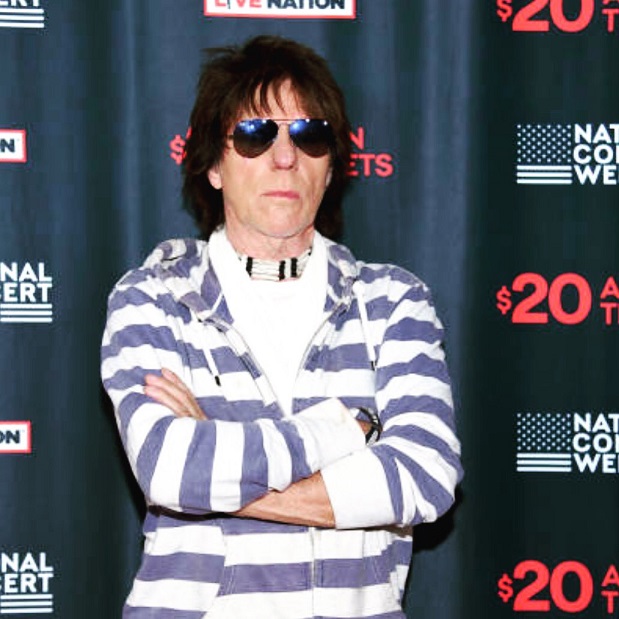 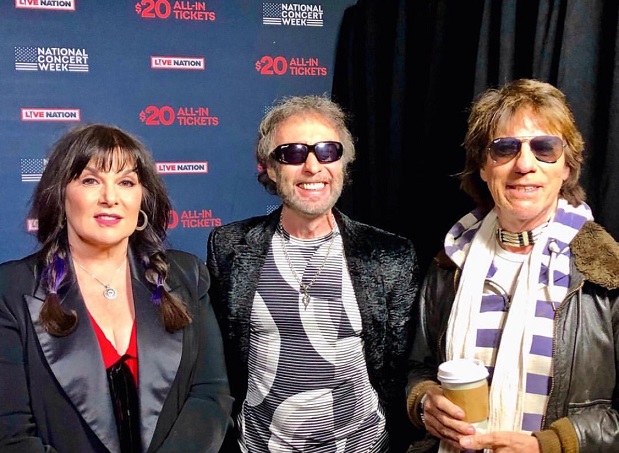 Live Nation's 'National Concert Week' is really a great promotion to make concerts affordable this summer. Here's their blurb for the promotion... 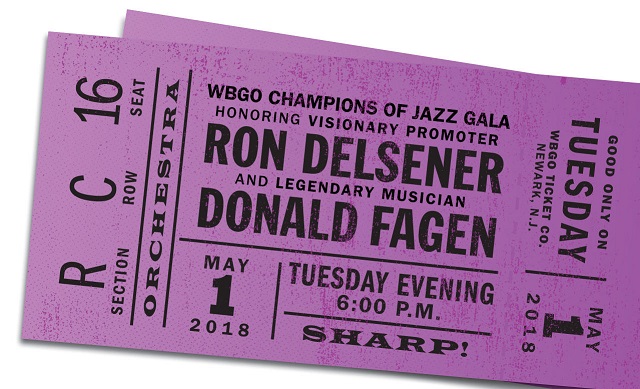 Jeff Beck will appear on two albums set to drop in the next few months. First, Buddy Guy's upcoming 'The Blues Is Alive And Well' album which in due out June 15th. Jeff plays on the cut 'Cognac' which also features Keith Richards. Mick Jagger adds vocals to another song on the album, 'You Did The Crime'. I happen to know that cognac is one of Buddy's favorite drinks. Back in the 80's I went to see Buddy play at old Miami blues joint, 'Tobacco Road'. I got there really early and was sitting at the bar during Buddy's soundcheck. After it he walked by me at the bar and I asked, "Buddy can I buy you a drink?". He replied, "Sure." "What would you like?" "A Courvosier straight up." I had one too on the rocks. LOL. We had a nice drink together and I got to tell him how I saw him back in the 60's at another blues/jazz club outside of Boston called 'Lenny's On The Pike'. He remembered the place. Dick was at that show with me too. 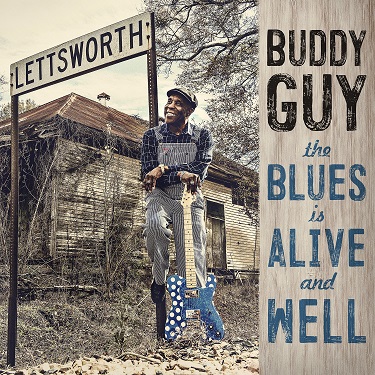 Jeff will also appear on Ann Wilson's new album 'Immortal' which will drop soon. The album is a collection of covers and Jeff will play on a cover of Cream's 'Politician'.

Some U.S. dates have been added, the complete list is below. Phoenix, AZ - Austin, TX - York, PA - Lewiston, NY - Vienna, VA are Jeff Beck solo headline dates and not part of the Stars Align Tour. On two of the dates, Lewiston and Vienna, Ann Wilson is the support act. On the Phoenix date, Nils Lofgren is the support act. Austin and York have not announced a support act yet.

Also, the August 22nd date for Atlanta's Chastain Park Summer Series B has not been officially announced yet.

In related news...tour band hasn't been announced yet. 'Live At The Hollywood Bowl' CD will drop April 6 on Rhino Records...vinyl release will be May 25th.

Once again our friend Ed Chapero has come up with a few tidbits. I'm not sure of his search technique but he has a knack for finding almost any Jeff Beck reference in book excerpts featured in google books. 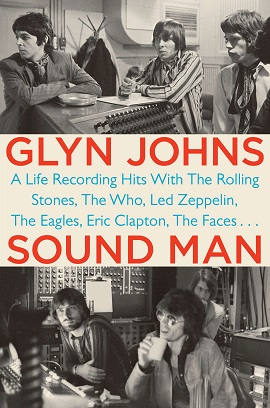 The first is a new book out by legendary producer Glyn Johns called 'Soundman'. In this excerpt (start at p.35) Glyn explains how he first met Jeff thru the Rolling Stone's Ian Stewart with whom he was sharing a house at the time and Jeff's short stint in the band 'Nightshift'...https://books.google.com/books?id=3LjaCwAAQBAJ&pg=PA36&dq=glyn+johns+jeff+beck&hl=en&sa=X&ved=0ahUKEwjl6sz5hpXaAhViZN8KHTFKClEQ6AEIOjAD#v=onepage&q=glyn%20johns%20jeff%20beck&f=false 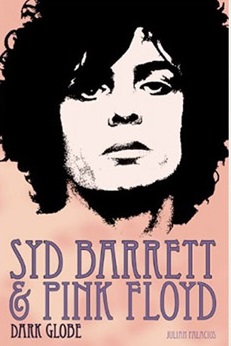 This next excerpt is from the book 'Syd Barrett and Pink Floyd Dark Globe' by Julian Palacios. Here, after seeing Jeff perform with The Tridents (who are described as the best band in the world except the Stones and the Beatles), Syd decides what Jeff is using for gear is for him. He soon buys a Fender Esquire and a Binson Echorec Baby. That echo unit which David Gilmour went on to use is said to have defined Pink Floyd's sound in the 70's... https://books.google.com/books?id=wN-fDAAAQBAJ&pg=PT100&dq=jeff+beck+tridents&hl=en&sa=X&ved=0ahUKEwjsu4eOg5XaAhWKVt8KHRlvBNIQ6AEIMzAC#v=onepage&q=jeff%20beck%20tridents&f=f

OK, here we go. Updated tour dates for both the European and USA. On the European side there are several new UK dates and a couple in Spain, France and Germany. On the USA side, Atlanta and Jacksonville.

There is no word yet as to whom his accompanying musicians will be for his 2018 tour dates. We'll let you know when we know.

Jeff was in LA recording from February 10th thru 24th. It is not known the direction of his next album. He also hung out with Joe Perry, Johnny Depp, Tommy Henriksen (of Alice Cooper band and Johnny Depp band) and Bones (Rosie Bones and Carmen Vandenberg). No producer information about the new recordings. 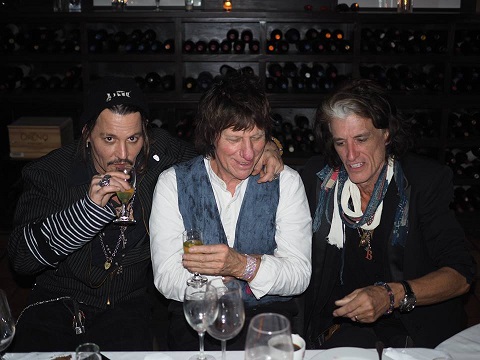 Bones is not involved with his new recordings as they are doing their first USA headlining tour on their own this spring.

LIVE AT THE HOLLYWOOD BOWL is being released as a CD album on April 6th and on vinyl on May 25th on Rhino/Atco/Warner Music Group.

A reminder, 'Still On The Run The Jeff Beck Story' is due out in Japan today. Here's a link to Eagle Vision's page...
https://www.eagle-vision.tv/Brand/826?view=print
Here's the link for Japanese release...
http://www.cdjapan.co.jp/product/YMXA-10735?utm_source=MAIL&utm_medium=text-artistmail&utm_campaign=Jeff%20Beck-20171220-person_prod-YMXA-10735 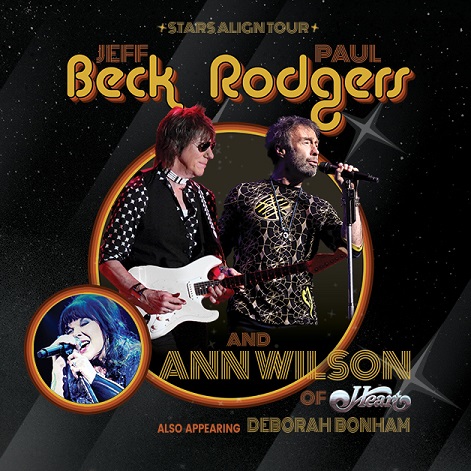 You saw it on our marquee...great news! Summer tour! Here's the press release courtesy of www.broadwayworld.com.


If you go to the Citi presale site and they ask for a code we're told that it's 'BOLERO'. Not sure if you'll need it or not. In addition to these U.S. dates, we understand Jeff also has some two European dates planned right now although we don't have details. Those are June 8th in Holland in July 7th in Norway. (Added above.) 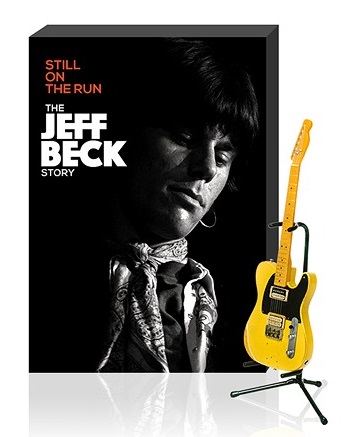 Also...Jeff has been working on the documentary 'STILL ON THE RUN - THE JEFF BECK STORY" since the Japanese tour ended. It will be released as a Blu-Ray/DVD in Japan first March 7, 2018. Release date in other markets forthcoming. The documentary will feature such peers as Eric Clapton. Jimmy Page, Slash, Jan Hammer and Jennifer Batten to name a few. There will be a bonus DVD of seven tunes from his 2007 live show at the Montreux Jazz Festival with Jason Rebello, Vinnie Colaiuta and Tal Wilkenfeld as the band. Here's the link for Japanese release...http://www.cdjapan.co.jp/product/YMXA-10735?utm_source=MAIL&utm_medium=text-artistmail&utm_campaign=Jeff%20Beck-20171220-person_prod-YMXA-10735

We mentioned in our last update (which was last October, sorry) that Jeff would be performing at the SEMA (Specialty Equipment Market Association) Industry Awards Banquet on Thursday, November 2nd in Las Vegas with Billy Gibbons, Michael Anthony and Jimmie Vaughn. Well, he didn't, not sure the reason but we have a great consolation prize....The Rodcast featuring Jeff Beck! It's great!
https://soundcloud.com/user-213833783/the-rodcast-episode-8-jeff-beck

The above link was sent to us my our roving reporter Rick McGowen but we also get a lot of stuff from Ed Chapero too including this one...Eddie Van Halen pulling off a little 'Led Boots' during a 1992 soundcheck with the band Baby Animals... https://www.youtube.com/watch?v=U2r5ADcNLtM

An author by the name of Alex di Perma has written a lovely book entitled 'Guitar Masters:Intimate Portraits' and of course it had to include Jeff. Here's where you can read a bit... https://books.google.com/books?id=5dsJYulxGsQC&pg=PT59&dq=stanley+clarke+jeff+beck&hl=en&sa=X&ved=0ahUKEwjhwIDk66TXAhWI6yYKHRavBII4HhDoAQg0MAM#v=onepage&q=stanley%20clarke%20jeff%20beck&f=false

Here's another tidbit from Ed Chapero...Tom Zito is a photographer who met Jeff Beck in 1970. This page of the meeting is a little quirky and odd, that's why we like it.
http://www.zito.com/back-25.html

Another from Ed...another audio interview. This is Scott Muni talking to Jeff in '88/'89 about his work on the movie 'Twins' and the upcoming 'Guitar Shop'.
https://www.pastemagazine.com/articles/2008/09/jeff-beck-interview.html