Links featured on our marquee from the past. 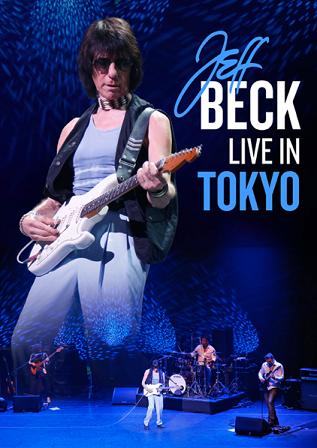 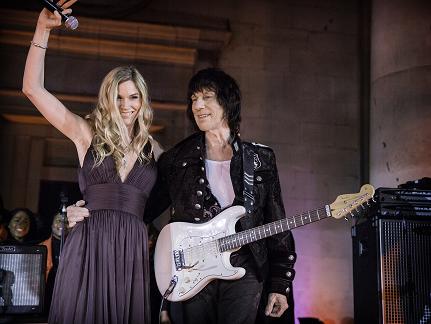 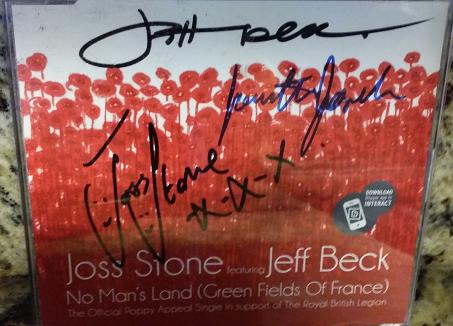 #1 In UK Indie Sales Two Weeks In A Row!
Joss and Jeff at the October 30th performance of 'No Man's Land', Covent Garden. Photo by Alan Barnes.

"No Man's Land", official theme of the UK's 2014 Poppy Day Appeal, featuring Joss Stone and Jeff Beck, is to be released as a single CD on Amazon October 23rd. Scheduled at this time are live performances by Joss and Jeff of the song at; Covent Garden, October 30th, The Festival Of Remembrance at the Royal Albert Hall November 8th (broadcast on the BBC) and the pregame at Wembley Stadium's November 9th NFL Dallas/Jacksonville game. The song's proceeds benefit the Royal British Legion on this the 100th Anniversary of The Great War. The song, chosen by Joss and Jeff, was written in 1976 by Scottish folk artist Eric Bogle. The chorus references two famous pieces of military music, 'The Last Post' and 'Flowers Of Remembrance'. It was co-produced by Jonathan Joseph.

JEFF BECK SIGNS EXCLUSIVE BOOK PUBLISHING DEAL
GENESIS PUBLISHING TO RELEASE LIMITED EDITION BOOK IN LATE 2015
OFFICIAL DOCUMENTARY AND AUTOBIOGRAPHY ALSO IN THE WORKS
OFFICIAL PRESS RELEASE FEBUARY 12, 2015
Rolling Stone Article
Winter 2016
Hey! It's Jimmy Hall Y'All!
On May 25th, 2015 Jimmy appeared on his friend Greg Martin's (Kentucky Headhunters) 'Low Down Hoe Down' radio show airing on WDNS-FM in Bowling Green, Kentucky. It's a great interview where he talks extensively about Jeff Beck, their history and the recent tour. You can click here to listen to it. Enjoy.
Fall 2016 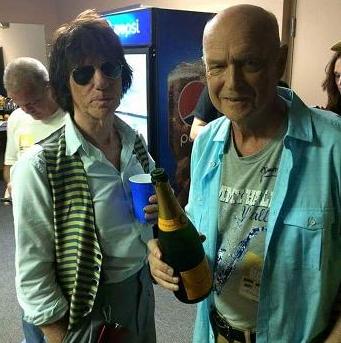 Dick Wyzanski 12.8.1953-9.7.2016
9.8.2016...We lost someone special last night at 9:25pm EST. Someone I've known for almost 50 years and someone I've worked with on this page for the last 21 years. He was my best friend. I was best man at his wedding, he was best man at mine. We first met at church of all places, St. Stephen's Methodist in Marblehead, MA in 1967. We both loved the artistry of Jeff Beck since the day we first heard him in the Yardbirds but I have to admit the fierce passion was all Dick's. He conjured it and I put it on the page. He was relentless in pursuing leads and doing all the footwork that made this page what it is. Dick passed away on the evening of September 7th after a long illness surrounded by his wife Trini and son Rich. We will keep this endeavour alive with all of your help in memory of Dick...Rest In Peace Old Friend. BA